Present Day: Mark tours the USA and abroad performing inspirational rope jumping exhibitions and performance-based keynotes to people of all ages. His presentations are predicated upon his experiences of; having established two Guinness World Records for endurance rope jumping, being elected into The National Fitness Hall of Fame and having presented more than 15,000 shows and workshops.

How it all began…

A brief history of Mark and The World of Rope Jumping 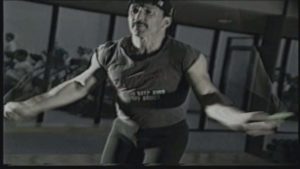 As a youth, Mark was always involved in exercise and sports, but it was in the 1970’s that his passion for Rope Jumping began to emerge. Throughout Mark’s high school and college athletic career he spent countless hours in dance and aerobic studios practicing his jump rope skills in an effort to improve his athleticism.

It was during this time that the entertainment aspect of Mark’s new found ‘art’ of rope jumping began to take shape. By choreographing power jumping, martial arts, flexibility movements and hi-energy music, Mark created rope jumping routines which people enjoyed watching. Little did he realize -at that time- he was planting the seeds for his future career … The World of Rope Jumping. 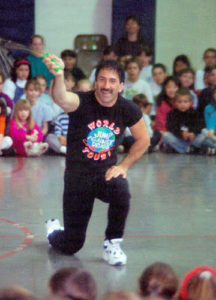 THE WORLD OF ROPE JUMPING

Upon completing College with his education degrees in one hand and a $2.00 jump rope in the other, Mark’s entrepreneurial spirit was off and running. In the early 1980’s he created the epitome of a grass roots fitness movement… The World of Rope Jumping… was born. Using his skill set as a rope jumping artist, educator, entertainer and athlete; Mark began touring America performing inspirational programs for children. His messages of fitness, integrity, kindness and teamwork remain profound and timeless to this day.

During his 1980’s journey, Mark also began to capture the corporate and adult market via agreements to perform for Reebok, Disney and Coca Cola. By the end of the decade, Mark’s tour included him personally driving 60,000 miles to more than 400 shows-workshops and spending 275 days on the road… per year. 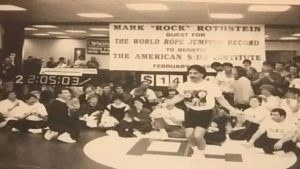 Exemplifying through actions that Fitness is Neverending, and to celebrate his 30th birthday in 1989, Mark established his first World Record for marathon rope jumping more than 22 hours. In the spring of 1990 he established his second record by continuously jumping rope for more than 36 hours. Mark was honored to have The American SIDS Institute as the benefactor for both of these charitable endeavors.

He credits his mentor the late great Jack LaLanne- Godfather of modern day fitness- for the inspiration to pursue these records.

From this point, the 1990’s evolved into a whirlwind of U.S. and global tours and a wealth of amazing experiences… highlighted by Mark performing each day at Olympic City (1996) during the games of the XXVI Olympiad in Atlanta, Georgia. 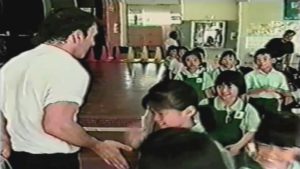 To bring in the new millennium, Mark was honored to present a solo performance for The President of Singapore to celebrate The World Healthy Heart Expo. Throughout the inaugural decade of the 2000’s, along with his annual U.S. tour, Mark enjoyed several tours in Singapore, Europe, The Middle East, and Nova Scotia, Canada. His experiences of working with cultures from around the world have been truly life changing. 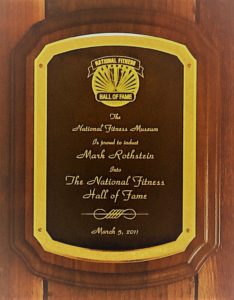 Back touring in America on a late autumn evening in 2010, Mark had performed shows in Ohio, driven 500 miles to his next day’s destination, got off the road and was informed that he had been voted into The 2011 National Fitness Hall of Fame.

This represented a pinnacle in Mark’s career, but also served as a profound personal reminder to continue his life’s ‘body of work’ which has been to make a positive impact in the lives of people around the world.

His stories and experiences are those of which movies are made and books are written, but the message which Mark feels matters most, is that one’s Integrity is Everlasting. 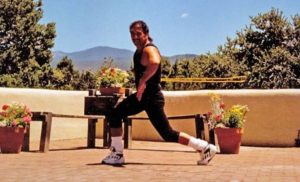 Marks professionalism and enthusiasm are as prevalent today as when he began, back in 1979 and his messages remain genuine and timeless. Along Mark’s journey, he has driven more than 2 million miles on the highways, bi-ways and rural routes of America.

Fitness is Neverending
Integrity is Everlasting